Home > News > The Syd Courtman Round the Island Race

Home > News > The Syd Courtman Round the Island Race

The Syd Courtman Round the Island Race 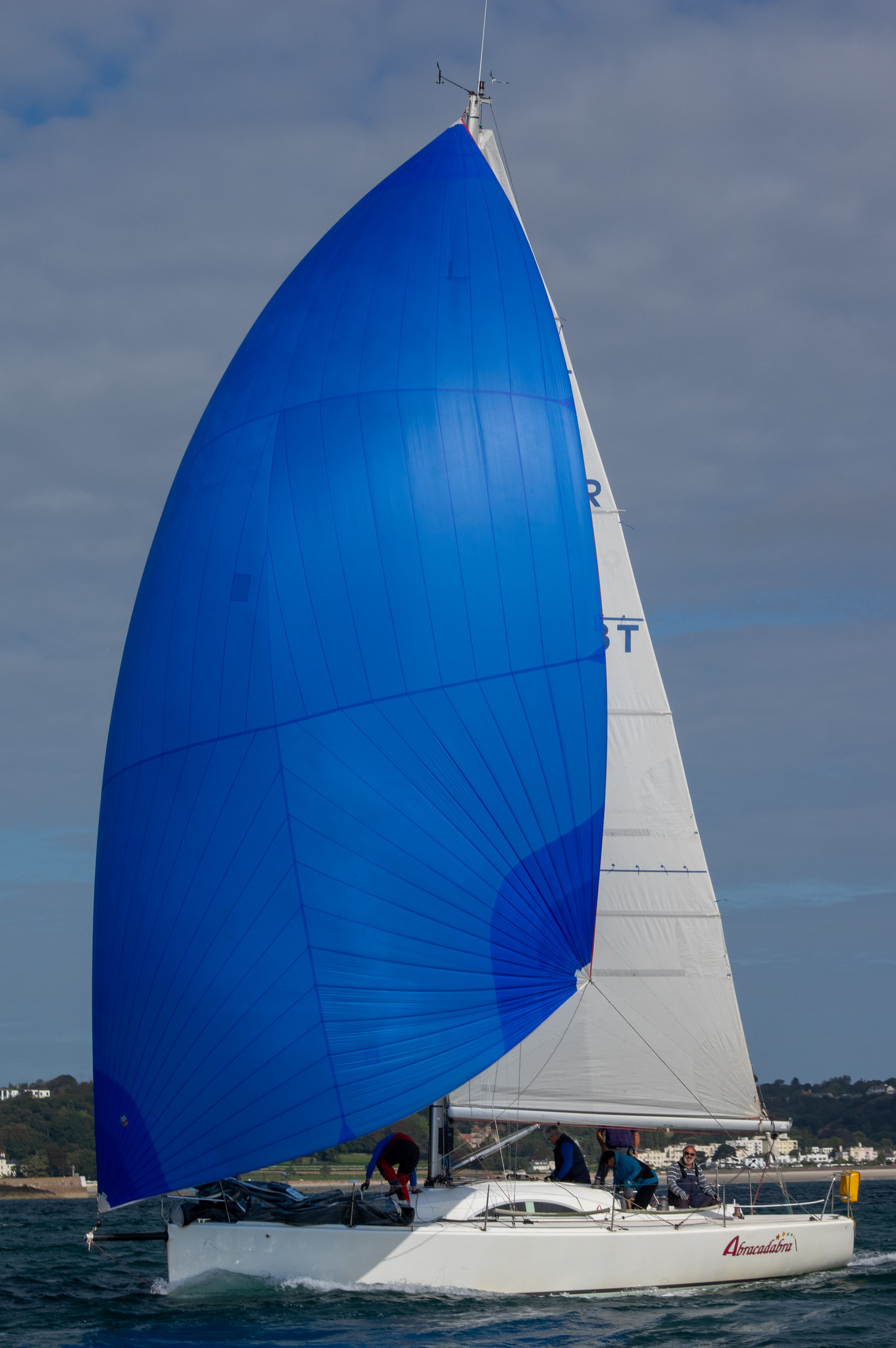 The Syd Courtman Round the Island Race was held on Saturday 5th September. This is traditionally west-about the Island and is the wrong way as the tides tend to be against the yachts a lot of the time. The weather was superb with a Northwesterly force 3-4 gusting 5 at times. There was another very good entry of 24 yachts with Classes 1 and 4 going off at 11am and Classes 2 and 3 ten minutes later.

In the first start Lady Penelope got the best start and was first at East Rock closely followed by Jewel, Grace and Arctic Tern. There was an exciting sail along the south coast to Corbiere. By the time the boats arrived Abracadabra had managed to catch the leading boats and just managed to round  the lighthouse in first place. There was a tactical sail across St Ouens Bay and Abracadabra managed to extend her lead with Arctic Tern and Lady Penelope behind. This allowed Abracadabra to hoist her spinnaker first at Gronez and with this extra advantage she further extended her lead on the fleet. Spinnakers were kept flying all along the north and then east coast down to the Violet buoy off Seymour Tower. The sail back along the south coast was against a building tide which was advantageous to the leading boats. By the time the yachts arrived back at St Helier Abracadabra was first to finish both over the water and on handicap. She was followed by Arctic Tern and Grace.

The second  start was  10 minutes later and there was a close race to Corbiere between Super Q, Paper Tiger and Jack Rabbit however on the race up the west coast Super Q and Paper Tiger got ahead and hoisted spinnakers first at Gronez and then moved ahead. They were close together until St Catherines but on the deeper run down to the Violet Super Q was able to build a significant lead. Unfortunately with the building tide against them they were not able to get back to St Helier before the time limit so the finishing positions were calculated at the Violet. Super Q was first with Paper Tiger second and Filipene third.

It was great to see Steve Manning winning Class 3 in his new boat Ginfish and Jeff Speller back in home waters on Aquafly in Class 4. Also congratulations to Bernard Azuelos who persevered and was last over the finishing line at 2111hrs.

On Sunday was the Crews Race around St Aubins Bay. There was close racing between the Quarter Tonners with Jason Manning in Super Q taking the winning gun ahead of Alex Frost in Fahrenheit and George Brough in MicMac.