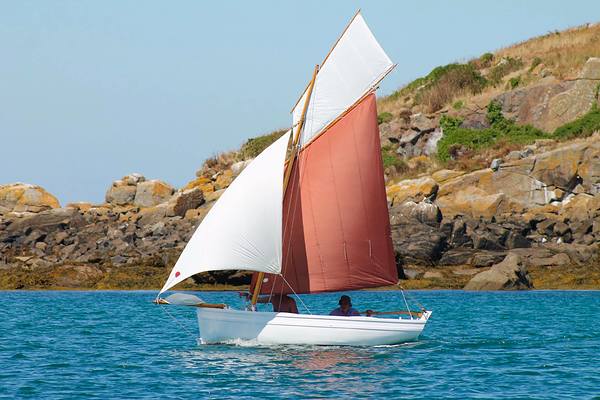 Launched on the 29th of July 1992, Jigsaw is a replica of a Jersey Oyster skiff, traditionally built of pine on oak. Her hull lines as taken off 'The Volunteer' by Mike Harrison with help from Alan Buchanan and Russell Wyness from Jackson's Yacht Services. 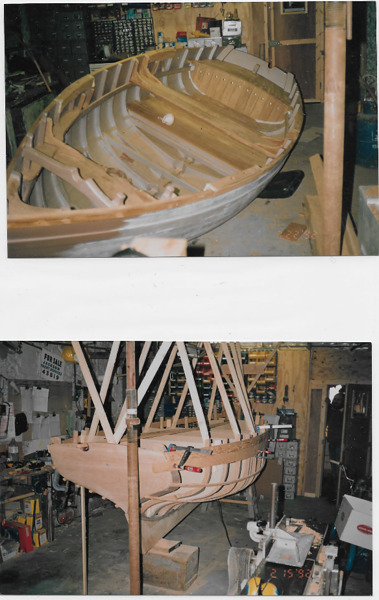 She's only 13' with a 5' beam and draws 21". The original boats were rigged double masted with a standing lug but Club member Mike Harrison opted for a single mast standing lug with a jib forward. Initially he found the boat the boat a bit sluggish in light airs, and after much experimentation solved the problem by adding that beautiful topsail, and reports her performance greatly improved.

Jigsaw's original rig which Mike later redesigned to include a topsail. 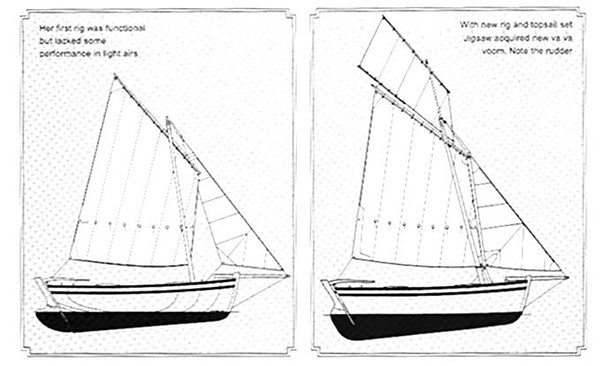 Mike can often be seen sailing in and out of St Helier harbour on Jigsaw and competitively racing in our Day Boat series. 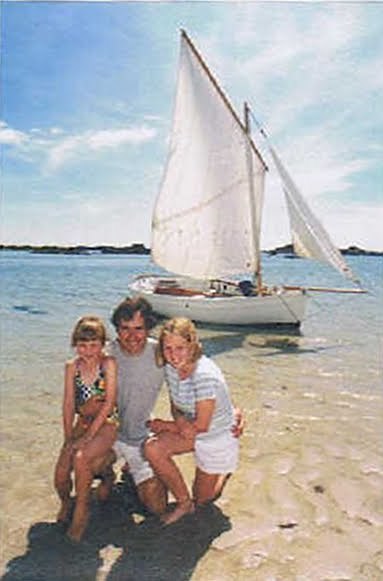