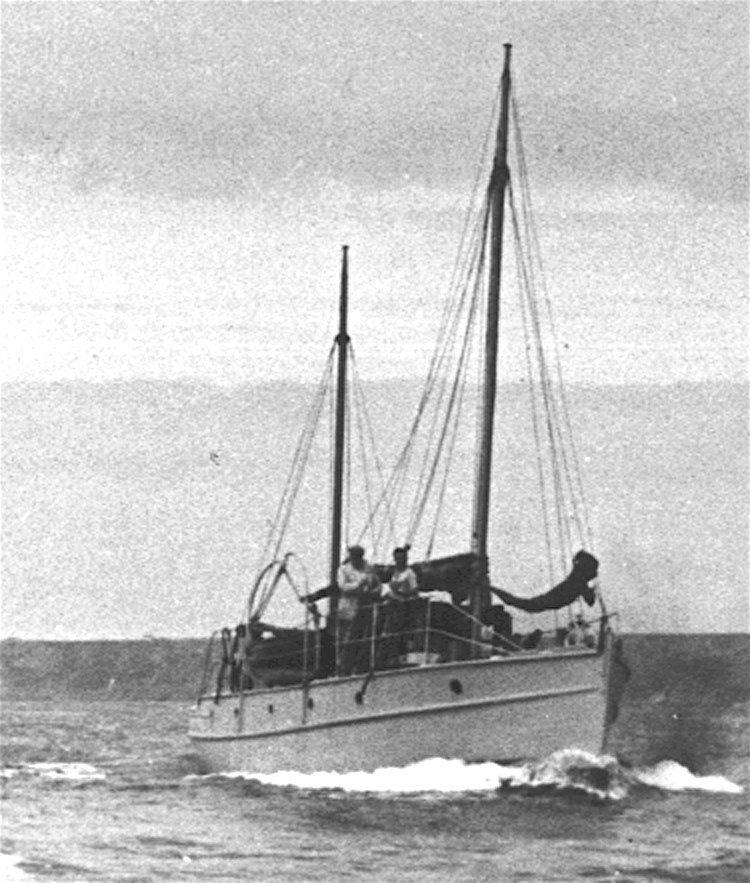 POSSIBLY the last living survivor of St Helier Yacht Clubs finest hour, the evacuation of St Malo on 16 June 1940, has been discovered living with her family in America.
Irène Weindling was just nine years old when, together with her mother Claire and elder brothers Sylvain and Irwin, she was rescued from the French port by a Jersey boat owned by Jim Langlois family of Sion Hall Farm at Longueville.

Now, 81 years later, she lives in Massachusetts, just south-west of Boston, where she recently celebrated 70 years of marriage to Ronald Probstein, a former leading space engineer and Emeritus Professor at the Massachusetts Institute of Technology.

The yacht club members who answered the Admiraltys call to send all available craft to St Malo to help the evacuation of British troops from there have sadly all since passed away, as have almost certainly all the troops and other civilians rescued by the Jersey boats as the German army entered the French port.

However, Irène recently made contact with the club having read of last summers parade of sail in St Aubins Bay to mark the 80th anniversary of the evacuation and now the dramatic tale of a young Jewish girls escape, rescue and new life in America can be told.
I read that no individual involved in this event remains alive today, said Irène. I am very much alive.

The Weindlings lived in Belgium before the Second World War where Irènes father Samuel, originally from Poland, ran a business. Claire was English and the couple had three boys and a girl, the eldest son, Leon, being in the Belgian Army.

On 10 May 1940 their home in Antwerp was bombed by the Germans and the family fled to Paris.
Leon had been taken prisoner when the Belgian Army capitulated and Samuel stayed in Paris in the hope of making contact with him.
Meanwhile, Claire and her three other children continued their escape to Dinard where they hoped to get a boat to Bordeaux.
We waited for my father in Dinard, going to the train station every day, but finally the trains stopped running, recalls Irène.
On the day before we found ourselves in St Malo, looking for a way to safety as the German Army was a few miles away, my mother had hired a fishing boat and paid him half the money telling him she would give him the rest when meeting the next day. The fisherman never showed up.

What did show up, though, was the fleet of 18 boats from Jersey manned by members of St Helier Yacht Club.

As we were standing on the dock thick clouds of smoke were all around us, no doubt from the burning petrol tanks which the English sailors had come to destroy in order to keep them out of the German hands, said Irène.
A kindly Englishman standing on the deck of a boat tied up at the dock asked my mother what her plans were to which she answered: I think we will have to jump into the water.
Hearing her English accent he asked her if she was British, to which she answered she was English. He then told her to come aboard with her children and hide in the cabin below.

She asked if he could please also take her friend and her two children and he agreed. We all scrambled aboard and huddled in the cabin where we also found a French priest.
We had no sooner got on the boat when the French authorities yelled Allez! and the English sailors set off. For a time there were some German planes flying low overhead and firing at the boat as the soldiers on board took up their guns and fired back. After a while the planes no longer followed us.

It was a very rough crossing and everyone in the cabin was seasick. The captain asked my mother to make tea but she, usually a very good sailor, got quite sick as well, as did anyone trying to make tea.
There was a bucket sliding back and forth between the bunks as everyone was throwing up. I was always prone to motion sickness so my mother asked if I could sit on deck in the fresh air.
Once on deck I sat on a narrow ledge and had to hang on for dear life because of the rough sea. Even all the sailors were sick.
I dont know how long it was before we landed in Jersey as it was very dark but we could see many people waiting on the dock for the boat. The family who owned the boat were called Langlois and they were there to welcome back their kin as well as any refugees they might have brought along as well.

This most kindly family insisted on taking our whole family to their home, including my mothers friend and her children as they didnt want to be separated not knowing any English.
We stayed with the Langlois family at Sion Hall, a wonderful pig farm as I recall, where that evening we were greeted by a long wooden table laid out with a generous buffet of all kinds of delicious looking food. Such a welcome I will never forget.

We stayed with the Langlois family a couple of days until Jersey was declared an open city. At that point Mrs Langlois gave my mother English money to purchase tickets for our family aboard the ferry to Southampton.
The next day we left on the last ferry to leave Jersey for England.

In September 1940 the family travelled to America aboard the Duke of Athol as part of a British convoy and were later reunited with their father and Leon.
We learned later that one of the other ships in our convoy, the City of Benares carrying over 90 British children being sent to America for safe keeping, had been sunk by a German submarine. I believe only seven children survived a thought that has haunted me all my life.

My father left Paris at the last moment before the German invasion, catching a ride on a truck, said Irène.
My brother somehow escaped from captivity and was able to make his way to Nice where he was reunited with my father, and both of them eventually made their way to safety through Spain and Portugal.
Irène is putting together an account of her familys escape from the Germans for the benefit of her grandchildren and it was while undertaking some research that she came across an account of last years parade of sail in St Aubins Bay.

In non-Covid times the club holds an annual rally and race to St Malo to mark the evacuation, commemorating an act of heroism that is recalled every time a member hoists the club's defaced Red Ensign a unique battle honour awarded by the Admiralty in recognition of the members response to the request for help.

Sadly there is no rally again this year but there will be a reception in due course at which the members who took part in last years parade will be presented with a commemorative burgee.
Irène hopes that following the current pandemic she might be able to return to Jersey with her grandchildren and take them to the yacht club that saved their family from capture by the Germans 81 years ago.
We have always been so grateful to the people of Jersey who rescued us and the Langlois family who took us in and fed us and housed us and made sure we had some English money to buy passage on the last ferry to leave Jersey for Southampton.

The generosity of the Langlois family has always remained as the most memorable of all of our war experiences. 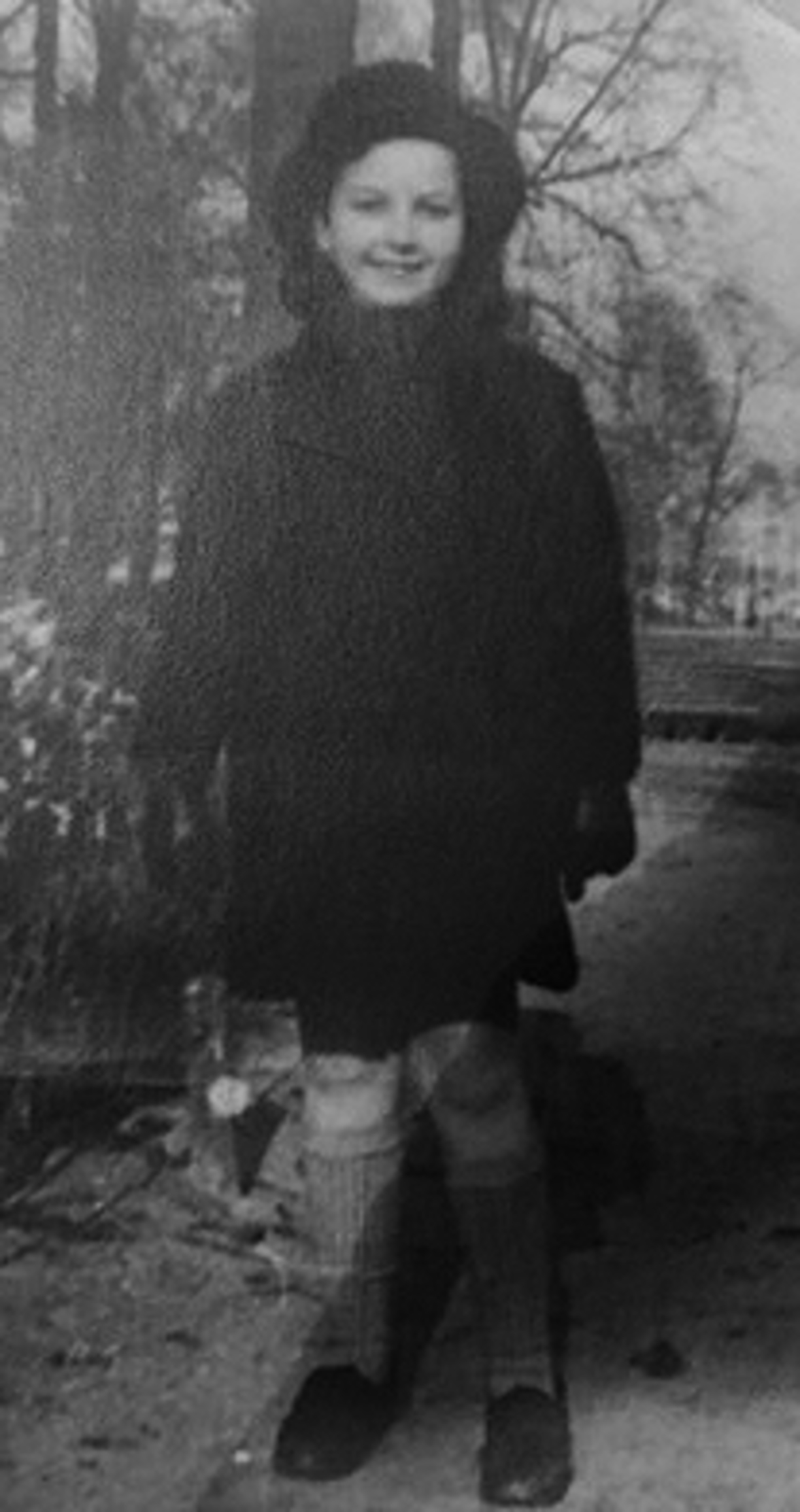