UPDATE FROM THE EXECUTIVE COMMITTEE 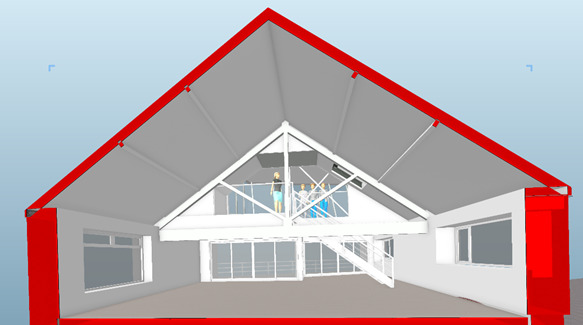 Whilst we have been unable to open the club house your House Committee has been hard at work looking at what further improvements could be made to the club to enhance members enjoyment of it when we are able to open. If it is possible, we would like to take the opportunity of getting some of this work done whilst we are closed so as to minimize disruption and inconvenience to the members.  There are several areas which have been looked at and there are four specific projects which your House and Executive Committees agree we would like to move forward with.

Having received so many positive remarks about how the clubroom is looking following the redecoration a year ago, your House Committee has been considering if there are further improvements that could be made. As was mentioned at the last AGM we feel that the Chart Room is very under-utilized which is a great shame as it undoubtedly provides the best views from the club. It was mentioned that we were considering opening this up by removing the partition wall on both sides of the stairs leading up to it and replacing these with a glass balustrade. We are planning on having a moveable partition so that the room could still be separated for meetings or private functions.

We have asked Jim Naish, the architect who was originally involved with the building of the Chart Room to come up with some ideas and advise us on the feasibility of this. We have been pleased to hear that this is a much simpler project than we had envisaged and indications are that it is deliverable at reasonable cost. As well as opening up the room which we believe will provide a more useable space, it will also allow more light into the clubroom. The Commodores board will be relocated probably on the gable end in the restaurant area.

Jim has produced a computerised drawing to show how this would look from inside the club.

The House and Executive Committees have given unanimous support to progress this project and whilst we would normally have liked to have a meeting at the club to explain this to the membership, this is unfortunately not possible due to the COVID-19 19 restrictions.

The estimate for the building work is approximately £8,000. There will be additional costs to cover the movable partition when we decide which is the best option for the club.  We have approached our landlord, Ports of Jersey, to confirm that they do not have any objections. Ideally we would like to progress with this project whilst the club is closed as the works will inevitably cause some disruption.

Rhys Perkins and Bob de la Haye are leading this project so if you would like to comment on the proposals or talk to either, please email them on chartroom.shyc@gmail.com  If you would like them to ring you back, please leave your phone number.

Many of you will have noticed that some of the windows to the front of the building are in a poor condition. The tall window going up the stairwell and the ones upstairs on the landing and office are single glazed and are around 40 years old. The opening windows do not close properly and let cold air in. The tall window is not airtight and lets in a draught and when it is raining, water comes through. We have looked at the possibility of having them reglazed but the advice is that this would be a false economy and they should be replaced. We are in the process of getting estimates for this work and will let you know as soon as they come in and present a formal proposal to the membership.  If there are not any objections, we would like to move this forward and ideally do the work whilst the club house is closed but this may not be possible. We are also awaiting confirmation that Ports are in agreement. More information soon!

As all of you who use the club regularly will have noticed, the fire escape is becoming more of an eyesore. It has been rusting for some time and this is getting worse and it is many years since it was last painted. Your house committee is looking at the costs of sandblasting and repainting against the price of replacing with a smaller fire escape and they are at present liaising with the fire service to find out what size is required. We will also be looking at ways of making this area smarter and more welcoming as you enter the club house.

Our franchisees have been in contact to ask if we could look at the possibility of changing from gas to electric in the kitchen. There are benefits for this as electric is environmentally cleaner and with the newer induction hobs are more cost effective as well as being less of a fire hazard. Although some refurbishment was done in the kitchen when we changed franchisees this was not on the cooking appliances. The gas ovens are old and have been fully depreciated. If we do go ahead it will require electrical work in the kitchen.   Your House Committee is looking at the cost implications and will report back when we have more information.

We look forward to warmly welcoming members back to your Clubhouse as soon as that is possible and, with your support, hope you will appreciate any improvements we can make.