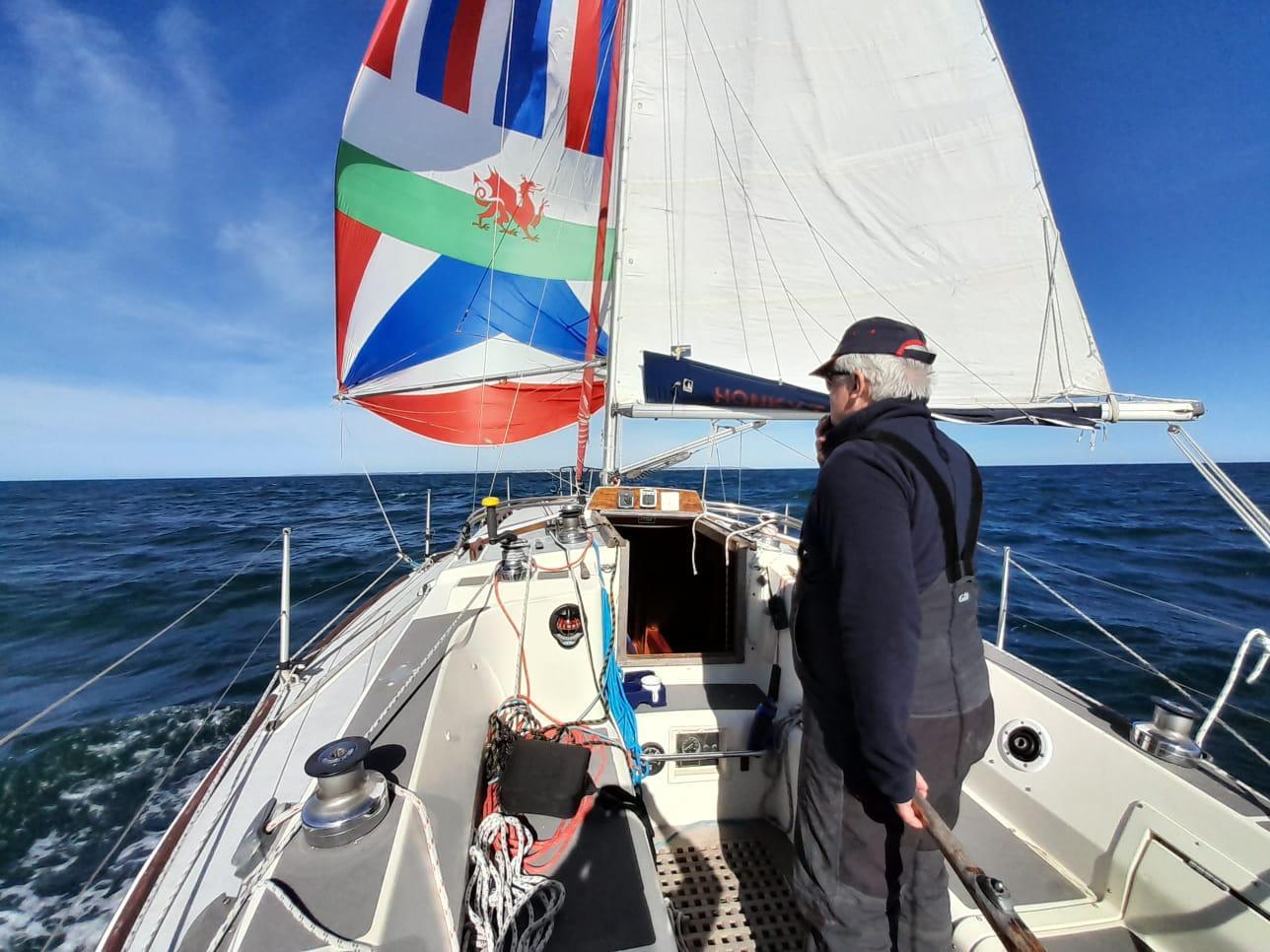 We are organising a meeting again, (for all interested sailors, notwithstanding the name)  to share our plans for the 2023 season and to get input regarding a few decisions that we have yet to make. We will also be inviting comment on the 2022 season both positive and…. er… constructive, and to explain the thinking behind the events in the proposed racing calendar.

Among the main priorities of the SHYC sailing Committee are:

Whilst much of the racing calendar is prescribed, our 2023 draft addresses the objectives above and responds to requests to bring year-on-year variation in the programme so as to maintain interest.

I hope that as many of you as possible will attend to discuss the plans. Specifically, we will be requesting input on peoples preference of a North Brittany Rally or a West Country Rally provisionally carded for the second week in July.

White smoke rises and the much-anticipated result of this year's Rallye Hubert are now available. However, before I announce that, I must comment on the absolutely fantastic weather that competitors experienced over the weekend. I doubt anyone enjoyed better sailing conditions on Sunday; even people in Turkey. (semi-private joke).

I accept that the paucity of wind on Saturday was somewhat frustrating, but several boats did manage to complete the truncated race for the David Johnson Trophy. Congratulations to Jason Manning and his crew on Knight Star who were victorious overall.

The number of teams participating in the other elements of the Rallye Hubert was reduced owing to our relatively late arrival in Granville but the competitive spirit among them was fierce. Special mention must go to Dave Griffin and Tom Vallois of the Marric team who managed to complete the scavenger hunt in the staggering time of 52'48" or was it that they finished in a time of 52'48"… staggering. Either way, it was impressive.

The quiz, crafted again this year by Joyce Barber proved, as ever, to be a substantial cerebral challenge and the highest score of 75% was achieved by team Knight Star.

After applying the result of the various elements to the rather complicated mathematical formula, a result has been generated. In my opinion, it is a quite beautiful formula that M. Hubert has created,  comprising a few squiggles, several roman numerals and a smattering of Greek letters. That said, and despite its provenance, it contains no French letters.

On the return journey run in the aforementioned champagne sailing conditions was a clean-sweep for Class 2 boats on corrected time. Mike Foremans Wandering Star was first (with three doctors on boars, just to be safe) followed by Jason Manning on Knight Star and Rob Jenkins on Jack Rabbit third in a field of eleven boats. That said, I am not sure the results mattered so much to the other teams as just about everyone was beaming broadly after such a lovely, and quite leisurely sail home.

Wine prizes for 2022 season The wine prizes for 2022 season will be available for collection immediately after the Skippers Briefing. If you are not planning to come along to the meeting (tut, tut) they can be collected from the club office during office opening hours until the end of October but please call in advance to let Jason know so that your prizes can be to hand.